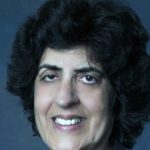 Mary Ann retired from NG in 2013  with 33 years of service. She joined TRW in 1981  after working three years at TASC. Mary Ann  received an M.A. from University of Minnesota,  an M.A. in Teaching from University of Chicago  and a B.A. from St. Mary’s College, Notre Dame,  IN (all in mathematics.) She worked the majority of  NG’s space programs in all phases of development.  Her assignments ranged across many disciplines:  systems engineering, control systems, and hardware development.  These included Director positions in program, functional and  technology development. 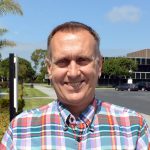 Michael retired from Aerospace  Systems in 2014 after almost 30 years with TRW/  Northrop Grumman. He started in the Controls  Engineering Department in Building 82 where  he worked Fixed Base Test for multiple programs.  He managed Advanced Bus test bed integration  and the Integrated Avionics program. He worked  on laser communications programs at TRW and  took a stint at a small start up in Washington state  to commercialize laser communications. He received a B.S. in  Aerospace Engineering from Iowa State University and an M.S and  Ph.D. in Aeronautics and Astronautics from Stanford University.  He is currently editor of the No Name Gazette. 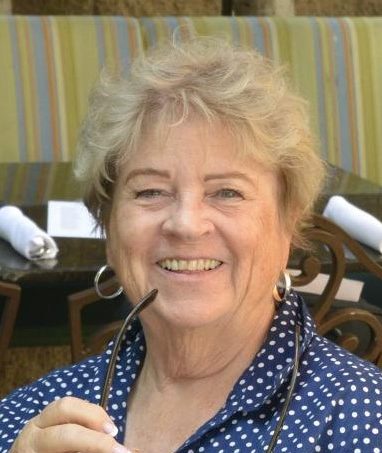 Pam joined TRW in 1966 and retired in 2013 after 47 years with TRW/Northrop Grumman. She served in a number of clerical positions and in 1986 moved to Proposal Operations. In her position as a proposal production coordinator and technical editor she supported a wide variety of proposals. During her career she served on the TRW Employee’s Association Board for over 20 years and was an active member of the Travel Club. As a travel coordinator, she escorted groups on trips to Mexico, Europe, Hawaii, the mainland U.S. and the Orient. She is a quilter and is a member and active board member of the South Bay Quilters Guild, Santa Monica Quilt Guild, and Southern California Council of Quilt Guilds. In her spare time she and her business partner, Lynn Crawford, plan and lead tours for their business, the Traveling Quilters. She is currently a TRA director-at-large. 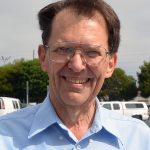 Charles retired from NG in 2012  after 35+ years at TRW/NG. He joined the TRW  ATD Engineering Sciences Laboratory after a short  Air Force tour. Charles received a B.S. degree from  Case Institute of Technology and a Ph.D. in Physics  at Cornell University. He supported a number of  diverse programs primarily in laser-related areas.  His final assignment was as a Technical Fellow and  the Chief Scientist on the ABL Program. Charles is  currently serving as a TRA Director-at-Large. 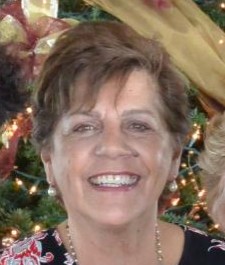 Dena retired from Aerospace Systems Sector in 2011 after almost 38 years of
service. During her career in Human Resources she held a number of senior HR positions in various organizations across the Sector. She
became familiar with TRA when it reported to her for 5 years while she was the Director of Compensation, Benefits and HRIS. Dena served as TRA’s President for the 2015/2016 term and as Past President for the 2017/2018 term. In addition, she has been handling office administration/management for TRA since 2015. When not working on TRA, Dena spends her time catching up with friends and family, travel and trying to keep up with the ‘never ending’ projects around the house. 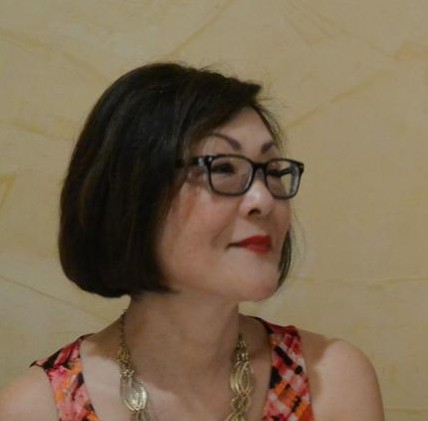 Joyce retired from Aerospace Systems in 2016 after almost 38 years of service. During her career in the business family, she worked a variety of assignments including project cost control and discretionary resources budgeting. She received a B.A. in Classical Languages and an M.B.A. from Cal State University Long Beach. She is thoroughly enjoying retirement and was able to fulfill a lifelong dream to travel to Italy and brush off her rusty Latin. She is an avid cook and baker, voracious reader, enjoys sewing a whole new casual wardrobe, and volunteers in several organizations to feed needy people. She is currently the TRA Membership Coordinator. 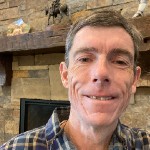 Jim retired from Northrop Grumman in 2020 having joined TRW in 1989 and previously working at JPL. Jim started in the Digital Products Center doing high speed integrated circuit design preceding various Functional and Program management roles supporting Space and Air technology & vehicle developments and production. Along the way, Jim also worked briefly at a fabless semiconductor startup developing products for the emerging WiFi market. He received a BS in Electrical Engineering from Rice University, an MSEE from Stanford, and an MBA from UCLA. 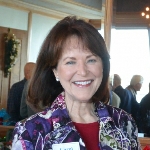 Carol has been a TRA member since retiring 18 years ago, after 28 years at Aerojet ElectroSystems (DSP sensors), Northrop Electronics (CCD arrays) and TRW (FleetSatCom, TDRSS, M4/R5). She held various technical and management positions in hardware development and systems engineering & test, including those of Director and Program Manager. Carol has a B.S. in mathematics/physics and a MSEE in solid state electronics and communications; she was a member of IEEE, Tau Beta Pi (President), IAE (Fellow) and SWE (President and still active). Carol serves on the board of the Peninsula Symphony Association. She is currently a Director-at-Large for TRA. 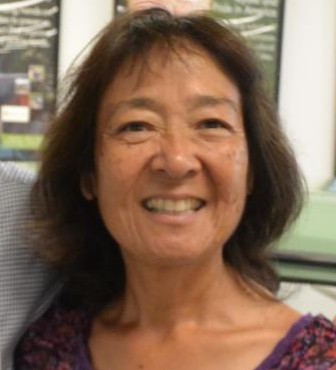 Stephanie retired from Aerospace Systems in 2014 after 26 years with TRW/NGC. Starting on the Milstar program in payload software engineering, she soon moved into functional management and technical operations, supporting programs and organizations across the company. She received a B.S. in Math-Systems Science from UCLA and a Masters of Science
in Systems Management from the University of Southern California. Previously the TRA membership chair, she also supports NGC and TRA events, JWST tours, and is one of the admins for the TRW/NG closed group Facebook page. 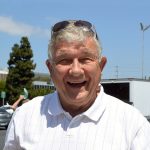 Jack retired from TRW in 1995 after serving  34 years with the company. In addition to his  systems engineering contributions to the ballistic  missile and spacecraft programs, Jack developed  the Fluid Mechanics Laboratory, Building 67. Here  he directed experiments in many of the company’s  first high energy chemical lasers. He received a  B.S. in General Engineering from UCLA and an  M.S. in Aerospace Engineering from USC. He  was president of the TRW/SEA square dance club, Pioneer 8’s.  Jack is a docent at the Los Angeles Maritime Museum as well as  the Western Museum of Flight. He serves on the board of the  Peninsula Symphony Association. Jack is a past president of TRA.